Chiropractic is a healing profession that focuses on manipulation of the bones of the spine, limbs, and other body structures to restore balance and function, and relieve pain. We also consider muscles, nerves, connective tissue, joints, and everything that contributes to balanced, pain-free movement and musculoskeletal function.

Chiropractors are considered as primary care physicians, licensed to diagnose. Chiropractors study for as many hours as medical doctors, taking all the biomedical sciences like anatomy, physiology, biochemistry, pathology, microbiology, etc. What differs about our training is the therapeutic techniques; medical doctors study pharmacology (drugs) and surgery, when chiropractic physicians focus on adjusting techniques, nutritional therapies, and physical rehab.

Our Wellspring chiropractor Dr. Bonnie Walker practice many safe, effective and gentle chiropractic techniques which they will utilize based on your individual needs. These include National Diversified Technique, Activator Methods, Flexion-Distraction Technique, Craniosacral, Sacro Occipital Technique, Applied and Clinical Kinesiology, and Webster Technique. We are also trained in advanced physiotherapy and rehab techniques to maximize recovery. 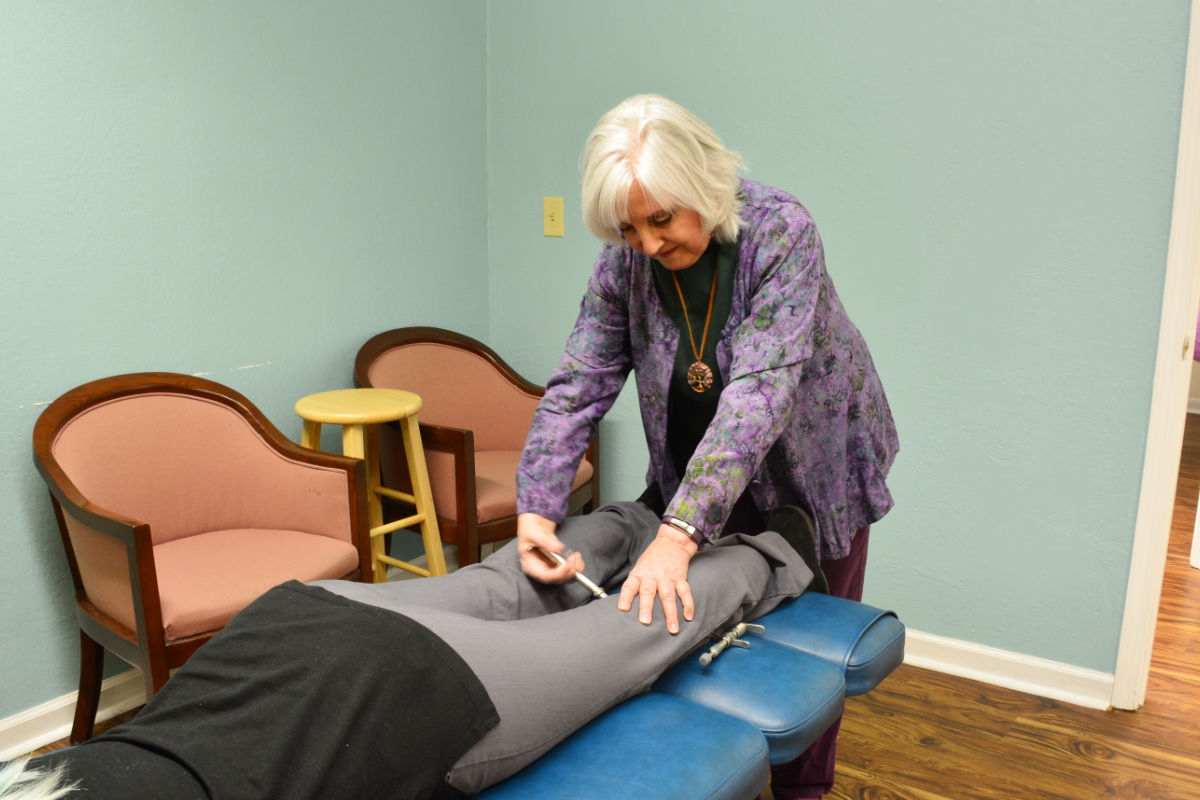 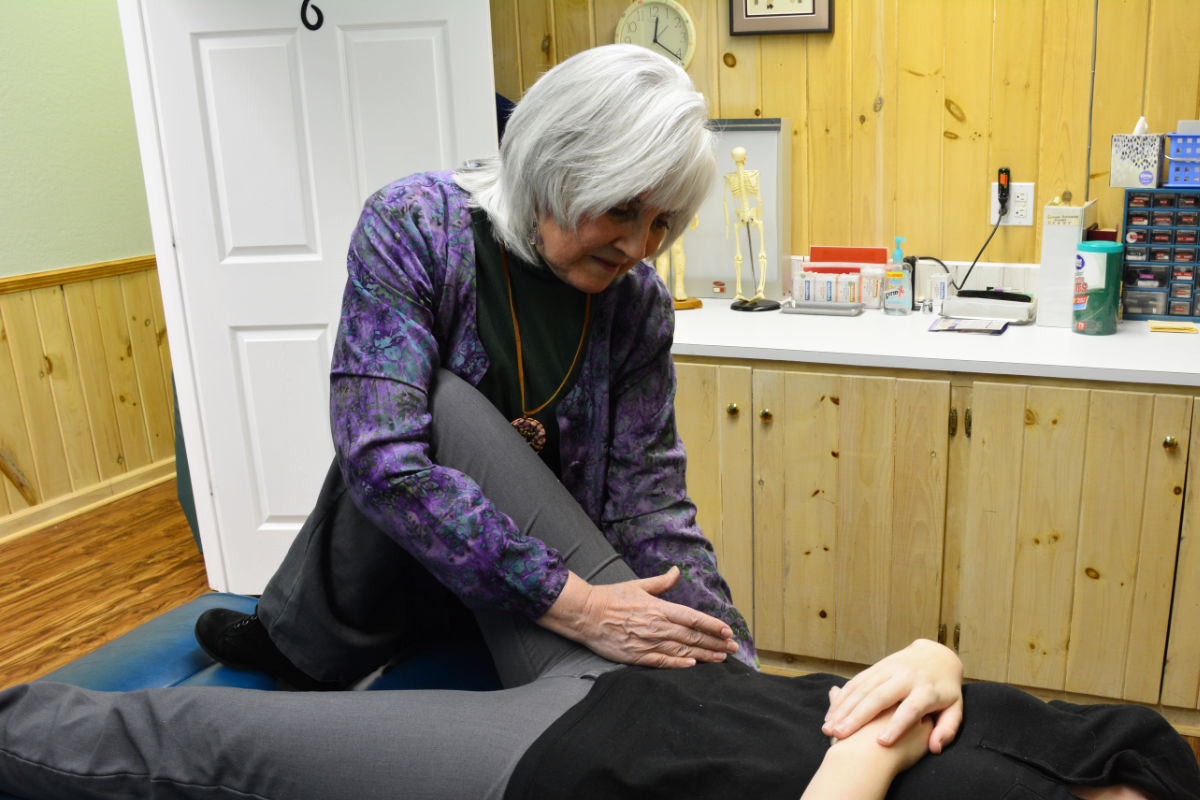 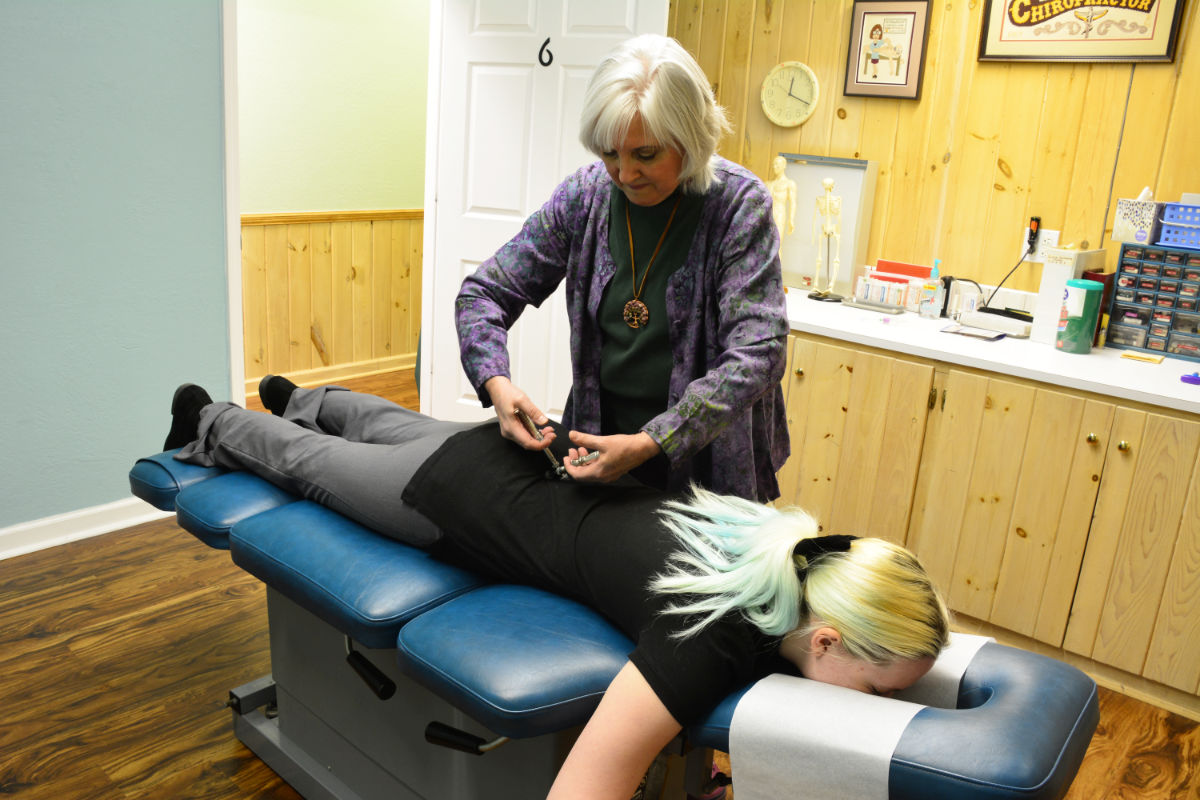 Chiropractic is a branch of the healing arts which is concerned with human health and disease processes. Doctors of Chiropractic are physicians who consider man as an integrated being and give special attention to the physiological and biochemical aspects that influence health and balance including structural, spinal, musculoskeletal, neurological, vascular, nutritional, emotional and environmental relationships.

The practice and procedures which may be employed by Doctors of Chiropractic are based on the academic and clinical training received in and through accredited chiropractic colleges and include the use of current diagnostic and therapeutic procedures. Such procedures specifically include the adjustment and manipulation of the articulations and adjacent tissues of the human body.

Chiropractic is a drug-free, non-surgical healing science and avoids the use of pharmaceuticals or surgery as a first resort. Chiropractic is a licensed health care profession in all US states and many countries.

The roots of chiropractic care can be traced all the way back to the beginning of recorded time. Writings from China and Greece written in 2700 B.C. and 1500 B.C. mention spinal manipulation and the maneuvering of the lower extremities to ease low back pain. Hippocrates, the Greek physician, who lived from 460 to 357 B.C., also published texts detailing the importance of chiropractic care. In one of his writings he declares, “Get knowledge of the spine, for this is the requisite for many diseases”.

In the United States, the practice of spinal manipulation began gaining momentum in the late nineteenth century. In 1895, Daniel David Palmer founded the Chiropractic profession in Davenport, Iowa. Palmer was well read in medical journals of his time and had great knowledge of the developments that were occurring throughout the world regarding anatomy and physiology. Curiously, Dr Palmer was once in practice with Andrew Taylor Still, the founder of osteopathy.

Doctors of chiropractic have become pioneers in the field of non-invasive care promoting evidence-based approaches to a variety of ailments. A continuing dedication to chiropractic research could lead to even more discoveries in preventing and combating maladies in future years.

Education of Doctors of Chiropractic

Doctors of Chiropractic must complete four to five years at an accredited chiropractic college. The complete curriculum includes a minimum of 4,200 hours of classroom, laboratory and clinical experience. Doctors of chiropractic take the same number of hours as medical doctors; with the exception that DC’s study adjusting and nutrition in the time that medical doctors spend learning surgery and drugs. Approximately 555 hours are devoted to learning about adjusting techniques and spinal analysis in colleges of chiropractic.  The Council on Chiropractic Education requires that beginning chiropractic students have an undergraduate bachelors’ degree with science as the focus.

An individual studying to become a doctor of chiropractic receives an education in both the basic and clinical sciences and in related health subjects. The intention of the basic chiropractic curriculum is to provide an in-depth understanding of the structure and function of the human body in health and disease. The educational program includes training in the basic medical sciences, including anatomy with human dissection, physiology, and biochemistry. Thorough training is also obtained in differential diagnosis, radiology and therapeutic techniques. This means, a doctor of chiropractic can both diagnose and treat a patient, which separates them from non-physician status providers, like physical therapists. According to the Council on Chiropractic Education, DCs are trained as Primary care Providers.

What is a Doctor of Chiropractic?

As a profession, the primary belief is in natural and conservative methods of health care. Doctors of chiropractic have a deep respect for homeostasis, or the human body’s ability to heal itself. These doctors devote careful attention to the biomechanics, structure and function of the spine, its effects on the musculoskeletal and neurological systems, and the role played by the proper function of these systems in the preservation and restoration of health. A Doctor of Chiropractic is one who is involved in the treatment and prevention of disease, as well as the promotion of public health, and a wellness approach to patient healthcare.