The Apple Doesn’t Fall Very Far from the Tree

The Apple Doesn’t Fall Very Far from the Tree

From All About Women Magazine, November 2014 edition

“I thought this was just going to be MY dream!” says Dr Bonnie Walker, recalling the opening of her practice, Wellspring Chiropractic and Acupuncture Center, here in Boone 25 years ago. At 40 years old, she had just graduated from National College of Chiropractic, and relocated her family to Boone to live in “the most beautiful place on earth… the High Country! We wanted to live in a community where we could be of service and get to know our neighbors.”  She never thought she was founding a family of healers.

In solo practice since 1990, Dr Bonnie has provided care to all ages and stages of patients with a wide range of conditions. Her primary tools are Classical Chinese medicine (including acupuncture, electro-acupuncture, laser acupuncture, moxibustion), chiropractic, nutrition and lifestyle counseling, all aimed towards “giving the patient back to themselves.” She has a special interest in internal conditions, immune problems, neurological conditions, and reproductive disorders, especially infertility. She now claim partial credit for helping 70 “acubabies” to be conceived! 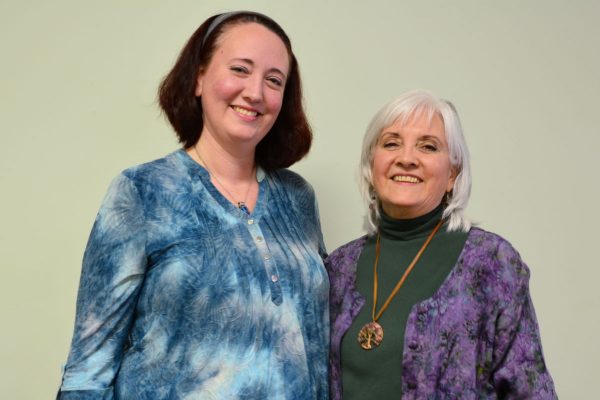 Dr. Bonnie’s interest in health and healing began in childhood. “My mom couldn’t keep a box of Band-Aids in the house…they were all over my dolls.” “But little girls weren’t encouraged to become doctors in those days,” she continues, “You could be a nurse, or teacher, or secretary, that’s about it. And I don’t take orders well; I like to be the one who gives them.” She discovered natural and nutritional healing at age 18 as a result of her own health crisis. She co-founded a health food store and several food co-ops in New England in the ‘70s, and raised “chickens, vegetables, and babies.” When her chiropractor urged her to go to chiropractic school, she asked her children, Amanda and Justis, then 2 and 6 years old, what they thought about Mom being a doctor, they said, “Go for it, Mom! We’re proud of you!” So she enrolled in National College of Chiropractic in Lombard, IL, graduating in 1989.

Dr. Bonnie’s daughter, Amanda Peters, was only 12 when they moved here, but by the time she was 14, had declared that she, too, wanted to be a doctor. But when folks asked if she were following in her mother’s footsteps, she would answer emphatically, “No, I’m making my own footsteps!”  She attended Jung Tao School of Classical Chinese Medicine in Sugar Grove (an acupuncture school co-founded by Dr. Bonnie), graduated from ASU with honors in biology, and worked in neurological research at UNC.  In 2010, she enrolled in National University of Health Sciences’ St Petersburg, FL doctorate of chiropractic program, from which she graduated magna cum laude in August 2014.

Dr. Peters has now returned home to the High Country to work alongside her “mom, mentor, and best friend.” In addition to chiropractic and acupuncture, she brings fresh new skills in rehab, physiotherapy and functional medicine. Dr. Amanda is a mom of two daughters herself, and brings special interest and training in treating pregnant moms and their children. Both of her daughters were delivered naturally outside a hospital setting, and were given their first chiropractic manipulation within hours of their birth…by their Nana, Dr Bonnie! Her husband, Justin Keiler, is a massage therapist; her daughter, Sabine (18), is completing her massage therapist training, and Juniper (8) likes to fly around in Mom’s clinic jacket, playing “Super Chiro”. She comes by it naturally.

Dr. Bonnie graduated from chiropractic school in 1989, while Dr. Amanda just completed her training at the same alma mater 25 years later. “The chiropractic profession only had about 10-15% women when I was in school. It was a common belief that you had to be big and burly to move those joints.” But now the percentage of female chiropractors has increased to 20%, and entering classes are as much as 49%. Though lacking the brute strength of a man, it’s been shown that women practitioners can deliver the chiropractic treatment with greater precision and less discomfort. Research has shown chiropractic treatment to be as good as or better than the standard medical options for many conditions. Insurance companies are finally recognizing chiropractic as a valid treatment. Chiropractic physicians are considered to be primary-care physicians, licensed to diagnose. They can order and interpret x-rays, CT/MRI, and labs. “Chiropractic education requires the same number of hours as a medical doctor; we study the same physiology, biochemistry, pathology, diagnosis, etc.; the only difference is that while medical doctors are studying drugs and surgery, chiropractic doctors are studying nutrition and adjusting.”

Still, it is still rare to see a mother-daughter chiropractic practice. “We are proud to be part of such a family oriented profession” emphasize this “pair ‘o docs”, with a smile and a big hug.